With the collaboration of three universities and the support of the Norway Grants, a river measurement field course for MsC students is under development, called EEA HydroCourse.

The Tempus Public Foundation takes care of the program, in which three universities take part: the Department of Hydraulic and Water Resources Engineering of BME (Faculty of Civil Engineering), Department of Hydraulic and Environmental Engineering of the Norwegian University of Science and Technology and Department of Geophysics and Space Sciences of ELTE. The aim of the project is to establish the curricula of a new hydromorphological field course for the hydraulic engineers and geophysicists in order to present them different measurement methods for the analysis of the rivers. The theoretical subjects connected to the topic (such as Hydromorphology) already exist, but field course is provided only within the BSc level. 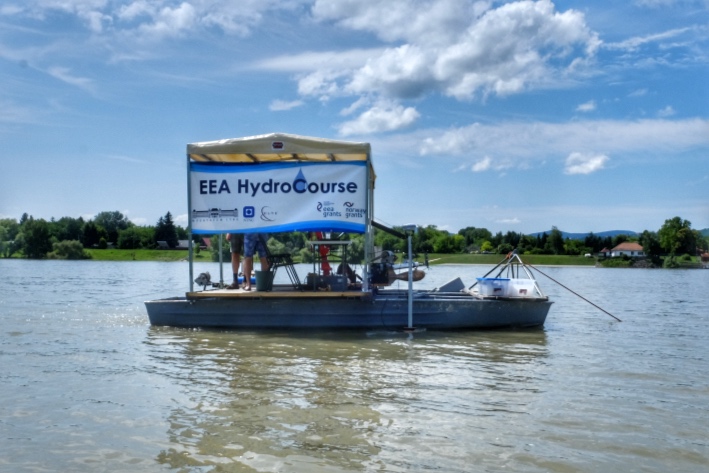 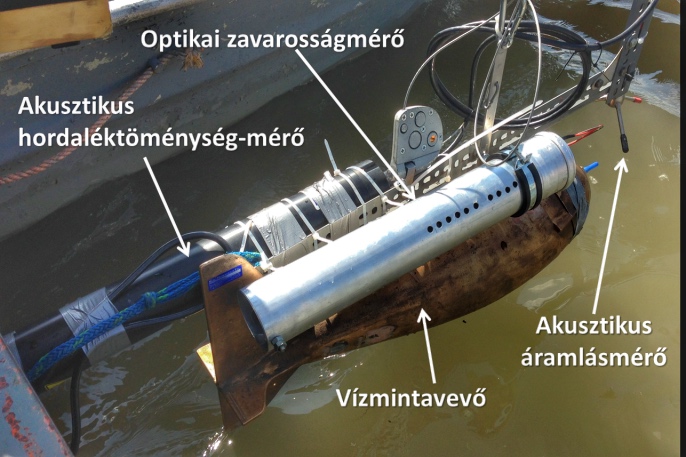 Sándor Baranya summarized the tasks of the recent period: „The availability of the necessary instruments is of course important in order to implement the field course. Moreover, it was a great challenge to set up the appropriate infrastructure, where the adequate number of students can be hosted and trained. Therefore, we needed a place, where the different measurement techniques can be tested in real riverine conditions, laboratory analysis of the sediment samples can be performed, and the post-processing of the measurements can be done. After seeking potential field sites, the field measurement camp of Göd was the best choice at the Hungarian partners, whereas in Norway a site at the Gaula River was chosen, which is quite easy to reach from NTNU. Besides setting up the measurement infrastructure, a review and collection of the state-of-the-art measurement methods was performed. Most of the necessary equipment was already available at BME, and the partner universities also provided devices to complete the infrastructure. After working out the measurement plan, joint surveys were performed both at the Hungarian and Norwegian partners.

The first part of the test measurements were carried out in the Danube River at Göd, in the summer of 2015. During the field campaign the flow conditions, the riverbed topography and the flow discharge was measured. The hydromorphology, however, also deals with the sediment transport and river morphology. Traditionally these measurements are pretty expensive and time-consuming, especially the collection of sediment samples. However, the new methods, which are going to be used during the field course, are much more cost-efficient. Sándor Baranya summarized the completed field tests: „The sediment transport measurements were performed with physical samplings, but we also used acoustic and optical based methods. Moreover, besides the fine sediment transport we analysed the stratification of the bed material using geophysical methods.” 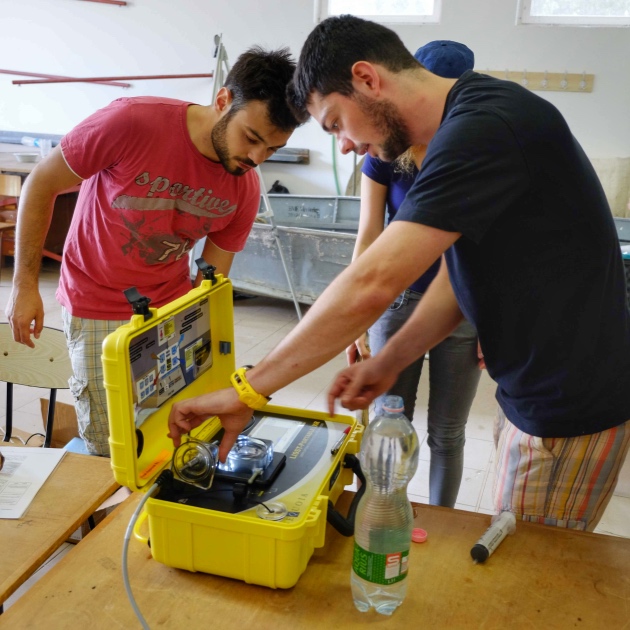 After the field tests in Göd, the Hungarian experts travelled to Norway to perform field test at the Norwegian study site  as well, as the different hydromorphological conditions call for different measurement procedures, too: „Typical Norwegian rivers can be characterized with lower discharge, and higher slope compared to Hungarian rivers and so some of the measurement procedures are inherently different. For example: the sampling of the riverbed material, containing a lot of information, is much easier in small, shallow rivers. In this case we used the so called freezing plate method: cold nitrogen gas is circulated in an aluminium plate, using which a piece of the riverbed can be collected without any disturbance of the sample. The application of the same method in the Danube River, with a depth of 4-8 meters, would require a more complex infrastructure than in waist-high water.

Besides the field measurements a novel cartographic procedure was developed to reveal large scale spatiotemporal changes of river morphology using historical maps. The procedure is implemented in Google Earth. Such maps were already available for the Hungarian rivers, but a similar database has been set up for the Norwegian study sites which can provide the basis of joint future research.

The goal of hydromorphological surveys can be very different in the two countries.: „Regarding the Danube, the analysis of the river morphology plays an important role e.g. for fluvial navigation, or, for instance, when we study the necessity of engineering measures to increase flood conveyance capacity and so to reduce flood risks. In Norway, however, there are two completely different hot topics where scientific studies are needed: the use of hydro-energy and the fishing of salmons. A large amount of the rivers are regulated in Norway, and hydroelectric power plants (HPPs) are built on them. This sort of human impact is in conflict with ensuring the migration of salmons. Both are crucial economic interests, as salmon export is one of the most important elements of the economy, but at the same time 95% of the energy demand of the country is covered by HPPs. The studies will help to bring those two interests together.” 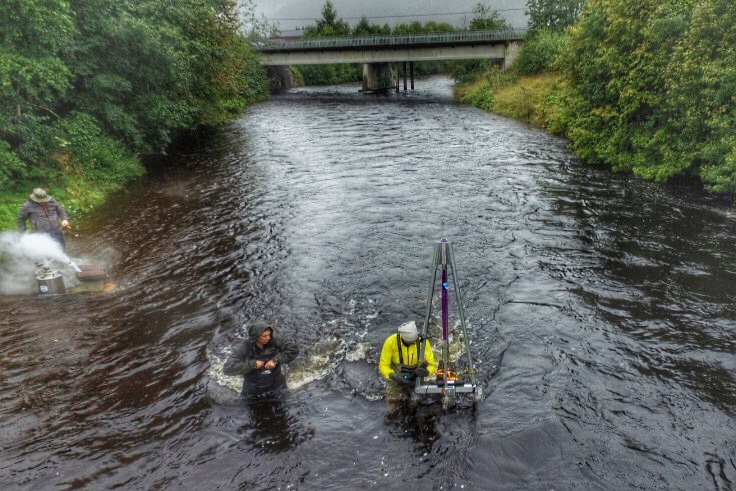 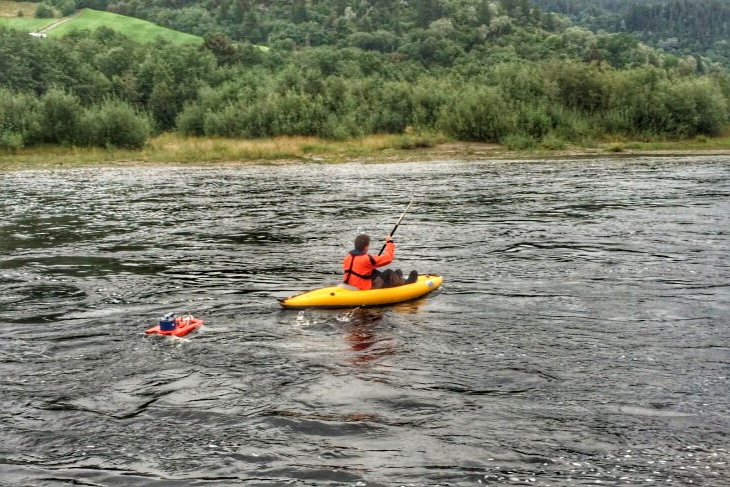 According to the plans, the established field course will be the part of the existing Hydromorphology MSc course at BME, and will be an optional course at NTNU and for the geophysics students of ELTE. Furthermore, the long term plan is to develop an international field measurement course for practitioners. There are 3 more months until the end of the project, during which the summary of the collected data and the analysis of the two measurement campaigns will be carried out, a lecture notes will be prepared, and the project’s website will be finalized. The project implementation was actually realized by professors, researchers, technicians and students at the partner universities. There are TDK (Scientific Students' Associations) student reports, scientific papers as well as presentations produced based on experiences and new findings of the measurements. For instance, two research papers were presented at the international Particles in Europe (PIE) Conference which was held at BME in this October. 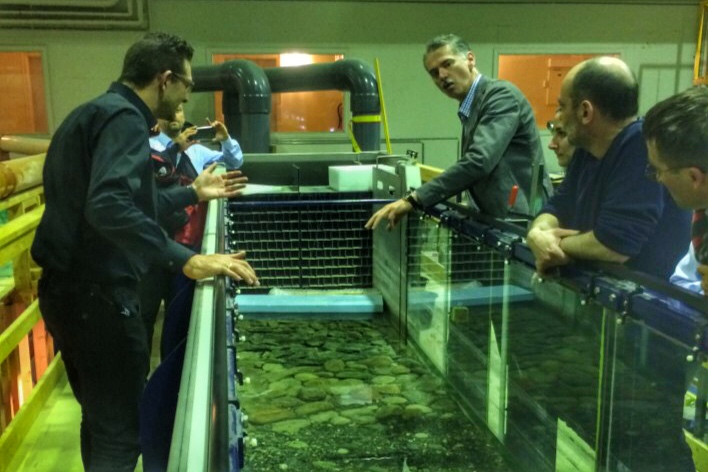 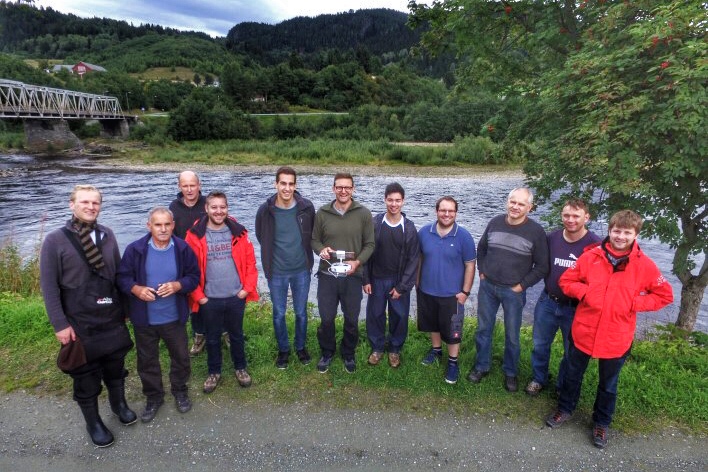